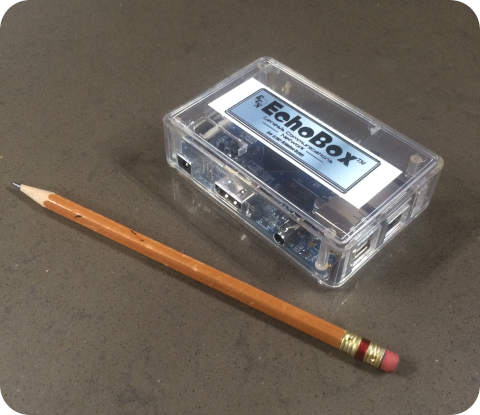 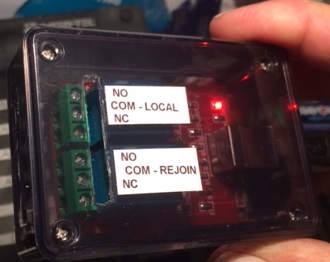 GCN is pleased to announce the availability of the GCN EchoBox™ designed for licensed terrestrial AM-FM radio stations.

Specifically for stations which do not have an XDS Satelite receiver and dish, the GCN EchoBox™ will air any GCN show Live, or in Delay, any time of day or night, 24 hours a day, seven days per week.

Designed using a small SBC (Single Board Computer), in a box about the size of a pack of cigarettes, it requires only a 5 volt usb power supply (provided), a wired internet connection (cat5/6), and an analog audio wire. Its audio output is Balanced 1/8" Ring Tip Sleeve (Headphone Jack).

Just like a satellite receiver, the GCN EchoBox™ will air GCN shows in low latency (about 700ms), allowing stations to "duck" its audio, and run their local ad inventory, regardless if the program is airing live, or in delay.

Recently, GCN introduced the GCN RelayBox™ relay trigger units which are now available. They include a 6 foot USB cable to reduce the need to bring trigger wiring right to the EchoBox, or vice versa. Simply plug it into any of the 3 USB ports on your GCN Echobox™, tie your trigger wires to the Euro Block terminals, and you are ready to go. The GCN RelayBox™ includes indicator lights for power, and contacts made.

A user interface is in the works to facilitate the ability for the user to test the relays, test audio, and view event and relay logs.

Stations that currently air many GCN programs in delay, by downloading and overwriting files into their automation, can benefit from the GCN EchoBox™ and GCN Relaybox™, in that they will eliminate the need for daily or weekly labor.

Scheduling is done by GCN engineering, and in most cases will take effect in under 1 hour from the time executed.

Shows running in delay will still deliver audio, even if the internet connection drops momentarily, mid-show. If the internet drops before any "live" broadcast, the unit will detect the outage and run a replay instead of the live stream.

GCN will provide this new device to terrestrial stations free of charge, in exchange for a signed agreement.